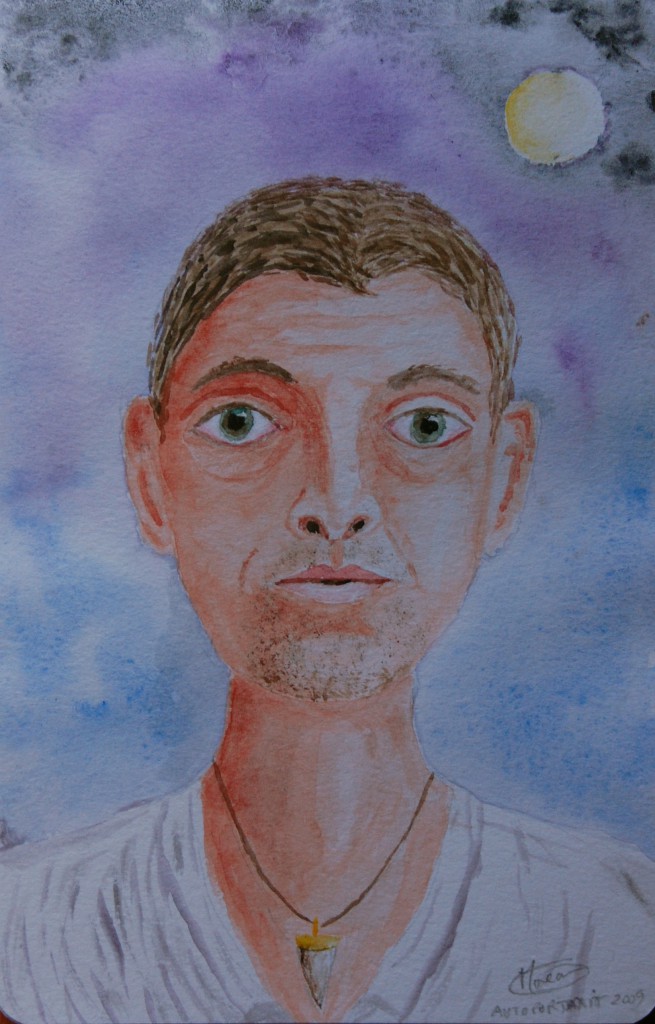 Olivier Moreau (OmorO) was born in France in 1958 at Enghien les Bains. He was nurtured and inspired in his childhood by the Green Perigord and the Pink Granite Coast of Brittany. When he was 15 years of age his family moved to Québec. He lived there for 7 years before setting out alone for British Columbia. There that he met his wife, and together they travelled to Bermuda where they stayed from 1984 to 1990 before casting their anchor in Martinique. Ever since then, the French-Caribbean island has served as his residence and as a starting point for many other voyages…

His study of the sciences (Physics at Laval University, followed by a Bachelor of Science at U.B.C.) and a few other courses, simultaneously, in the fine arts, confirmed OmorO’s appreciation of art and science as complementary activities: both of them based on research and experimentation. Self-taught, he evolved in his craft through the study the Old Masters and the advice of his artist friends.

OmorO began to practice the fine arts with his friends in Québec. Their first show « Épingle à Linge » was held in 1981. Subsequently, he exhibited his work in Vancouver in 1984 and in Bermuda in 1990. As he naturally began to assume the responsibilities of providing for his family, he devoted himself to producing works purely for the pleasure. In 2010, he once again began to exhibit his work in art galleries with a solo show at the Atrium in Martinique, in the Galerie Arsenec. Consult the list of exhibitions for more details on his career.

The artistic influences on OmorO’s works are numerous; this presentation is more or less in chronological order:

According to OmorO, to be a contemporary artist consists of manipulating and diverting various objects as well as images in order to evoke an emotion. He uses different technics such as variations, recycling, collage, and cropping to produce these manipulations. From De Lascaux to Xerox, passing by the Renaissance, and evidently, Surrealism, everything is carefully remixed to surprise and to create a « recognizable innovation ». This remix implies that the contents of his work are to be taken as subliminal messages, capable of following you into your dreams…

To be a great artist is to be politically committed! Read his « Manifeste du Hamac »